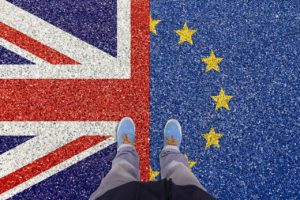 Brexit has been painful for us all. Yet if our politicians had used the power of innovative communication it would have been fairer, easier and we’d be in a stronger position now.

I’ve been meaning to write about Brexit for some time now. What’s finally prompted me to put pen to paper is the recent negotiations over a deal which, if parliament back it, will seem to make nobody happy, neither those who voted leave or those who voted remain. The crunch vote by MPs on the proposed Brexit agreement is set for 11thDecember.

When we were originally invited to vote on whether we wanted to leave the EU or remain as a member state, none of the principal campaigners showed any kind of leadership based on integrity and humanity. As a result, each side’s communications also fell short.

Instead of an ongoing, meaningful debate, we were fed an increasingly febrile mix of soundbites, rhetorical tricks and misinformation.

Imagine how different things would be today if, from the outset, we’d had honest, genuine communication. We’d have been able to make an informed choice on how to vote. Our politicians and their mandarins would have been able to negotiate from a more secure footing, knowing democracy had truly been served and the trust of the people – however much they disagreed with the outcome – was intact. And, perhaps most important of all, we’d all better understand what the current deal really means.

We live in a democracy. This means we were free to vote in the referendum on which of the two competing ideas we most believed in. It was up to each side, Leave and Remain, to make their case openly and honestly.

There were serious arguments to be made on both sides. Both sides failed to make them.

There were risks and benefits to both outcomes. We were not clearly informed about either.

And neither side prepared their arguments based on fact.

Instead, each put forward a case which was frustrating in its simplicity and in its emotion. We were encouraged to base our decision on little more than a single strapline built on fear. But the question of whether or not we should leave the EU is complex. It’s not something that can be reduced to a snappy slogan.

So, whichever way you voted, you can be sure of one thing. You were pressured to place your vote based on misinformation because of the way the leaders on each side communicated their arguments.

There is no doubt that the Leave campaign told blatant untruths. They used false figures, such as the widely discredited claim that, “We send the EU £350 million a week. Let’s fund our NHS instead”. The UK’s official statistician ruled that the claim was ‘misleading’ as it did not take into account the rebate the UK receives from the EU and so is significantly overstated.

However, people believed it. And many still do.

Leave also coined a strong-sounding and emotionally charged slogan, ‘Take Back Control’. It conjured up feelings of rightful ownership and a positive future. However, it was also vague and did not reflect the reality of how decisions are made in the EU.

But emotion can overpower facts. As Boris Johnson said, ‘To lead people you need to connect with them in a deep, emotional way.’

And Remain were unable to counter either the false claims or emotional character of Leave’s campaign.

Remain, or Britain Stronger in Europe as the campaign was officially called, never managed to coin a simple and effective slogan. ‘Stronger, Safer and Better Off’ is equally as vague as ’Take Back Control.’And it’s considerably weaker, in part because it also lacks any kind of emotional impact.

As Claire Beale, editor-in-chief of marketing magazine Campaign and a Remain supporter, said: ‘The mighty collective power of the UK’s £20bn advertising industry failed to find the compelling message we so desperately needed. Shame on us.’

Instead, Remainers campaigned on the argument that Brexit would be negative. However, they failed to clearly articulate with key facts and killer arguments what the benefits of staying in the EU would be.

And in marked contrast to the Leave campaign, who, although trading in bogus facts, knew exactly which emotional buttons to push, Britain Stronger in Europe lacked emotion.

The campaign team were unable to connect the economic costs and benefits of EU membership to ordinary people’s lives.

Where that left us

Daniel Korski was deputy director of the policy unit in David Cameron’s government. In an article for Politico called, ‘Why we lost the Brexit vote’,Daniel said, ‘It was too complex to explain to ordinary voters.’

Daniel’s right, up to a point. Brexit was – is – complicated. It isn’t something everyone feels confident and comfortable discussing. But our politicians had a duty to help us by making the arguments for leaving and remaining as clear and easy to understand as possible, so we could make an informed decision about which way we wanted to vote.

But they didn’t even try. Instead they reduced the referendum to a series of easily digestible soundbites. Simply put, we were misled.

In part this was because those leading the campaigns didn’t know the risks and benefits themselves. But sometimes it was because they felt the arguments were too complex for the ordinary voting public. And I’m sure at other times it was also because the truth didn’t sound as convincing as their soundbites. If they were confident in what they were saying they’d communicate with less of the rhetorical tricks which came to characterise the whole campaign.

Much like the atmosphere in American politics now, the rhetoric of Brexit did nothing to help. Rather it simply served to create divisions. Divisions which continue to grow with the ongoing uncertainty. Politicians and campaigners showed contempt for each other and this spread across to us as from either side we showed little willingness to listen but instead a propensity to simply shout louder.

By the end, confused and upset, many people based their reason for voting on issues that were nothing to do with the EU.

What we need to do now

The consequence of the referendum has turned out to be quite different from what many voters expected. And the divisions it caused – between families, among friends, across communities, and certainly between politicians – continue to grow.

What we need to do now is to start listening to each other. Of course, this is hard when we all continue to shout so loudly. But, if we do listen, maybe we’ll understand people’s reasons for voting the way they did. And, even if we don’t agree with the outcome, we could find ourselves more able to accept it.

I talk about the need for integrity and humanity a lot in my work. They form the basis of effective communication – what we at Miticom call innovative communication. They are the pillars that are essential for long-term success. This is equally true in political life as it is for the CEO of a global business.

The Edelman Trust survey 2018 shows that in the UK only 36% of the general population trust government to do what is right. Yet, just as with our corporate leaders, we must be able to trust our politicians to do what is right, to act with integrity and humanity. If we can’t, the very fabric of our society will begin to fail.

So I call on us all now to reconnect through meaningful communication. Only then can we come together as a nation and rebuild trust. Between ourselves and our political leaders. And between each other.

This website uses cookies to improve your experience while you navigate through the website. Out of these, the cookies that are categorized as necessary are stored on your browser as they are essential for the working of basic functionalities of the website. We also use third-party cookies that help us analyze and understand how you use this website. These cookies will be stored in your browser only with your consent. You also have the option to opt-out of these cookies. But opting out of some of these cookies may affect your browsing experience.
Necessary Always Enabled
Necessary cookies are absolutely essential for the website to function properly. These cookies ensure basic functionalities and security features of the website, anonymously.
Analytics
Analytical cookies are used to understand how visitors interact with the website. These cookies help provide information on metrics the number of visitors, bounce rate, traffic source, etc.
Save & Accept